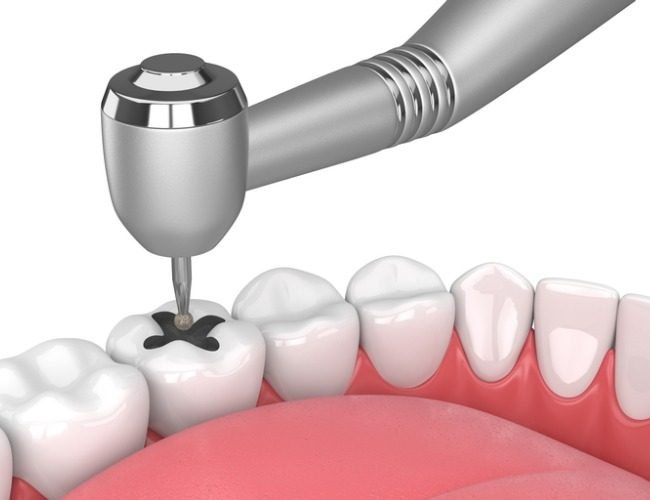 Let’s face it: for most of the human race, cavities are a fact of life. Whether you begin to develop them in childhood or you have a lifelong struggle with them, nearly everyone has trouble with cavities. Drilling and filling cavities are practically a rite of passage in our modern-day and age.

Despite the commonness of the procedure, the idea of getting dental fillings in West Kendall is still one that inspires genuine fear. However, learning more information about how cavities form the way that fillings help to stop that problem in its tracks can help to dispel that fear. In the hands of an experienced dentist, fillings don’t have to be painful or scary. Instead, they should be recognized for what they are — devices that help to extend the life of your teeth and improve your quality of life.

How Do We Get Cavities?

In the broader scheme of human history, cavities are something of a recent development. They cropped up around the same time as sugar first came on the scene. Archaeologists can track the beginnings of cavities in history to when sugar was first produced on a massive scale in the Tudor era.

Today, sugar is everywhere. Few people don’t put a spoon of sugar in their coffee or enjoy toast with jam every once in a while. However, even if you avoid things that obviously have sugar in them, you can still suffer from cavities. Many foods, like steak marinades or soups, include a bit of sugar for the flavor-enhancing properties.

The only way to ward off cavities is to brush your teeth regularly and make sure you are religious about going to your biannual cleanings. However, some people are born with less tooth enamel than others. For these people, cavities are something that they simply have to live with.

What Can You Do About It?

Being prone to cavities doesn’t mean that you are subject to their pain forever, though. Dental fillings in West Kendall are a tried and true solution that has been in effect for centuries. In the same way that archaeologists can track the genesis of cavities, they can also track the beginnings of dental fillings. Evidence of gold and other metals used in dentistry can be traced back as early as the Roman empire. The modern practice of drilling and filling cavities has been traced to the early 19th century, though the first mentions of the practice date back to the Tudor era.

The fillings we use today are usually gold, amalgam, or composite fillings. The practice of putting them in is relatively similar, though there are key differences.

Gold fillings are the oldest type of filling, with more than 200 years of use. They last for about 20 years and can stand up to the chewing force of your teeth over that amount of time. They don’t corrode in the presence of bodily fluids and don’t discolor the tooth. The biggest drawback to gold fillings is that they are often the most expensive model. However, when compared to the longevity of other types of fillings, they may not work out to be more costly in the long run.

Amalgam dental fillings have also been in use for a long time. In the 20th century, the older practice of filling teeth with many different metals was discarded for amalgam fillings or a silver-colored filling that is made of several different metals. This blend is designed specifically to be both strong and non-reactive. They are significantly cheaper than gold fillings, but last about half the time and can discolor the tooth to look grayish. There are also a small number of people who may have allergic reactions to amalgam fillings, so be sure to consult with your dentist before asking for this type of filling.

The third kind of dental filling is a composite resin filling. This type of filling also called a ‘tooth-colored filling,’ is a filling that is made of a mixture of plastic and glass. This type of filling has passed amalgam fillings in popularity in recent times because they do not discolor the tooth and bond to the tooth structure to provide support. However, they are more expensive than amalgam fillings and have a much shorter lifespan, anywhere from 5-7 years. They also have the chance of chipping, which is not present with metal fillings.

Here at Dr. Andres de Cardenas’ office, we are experts in dental fillings in West Kendall. If you are in pain and believe you might have a cavity, don’t wait until it gets worse. Contact us today to set up an appointment.

Get In Touch With Us