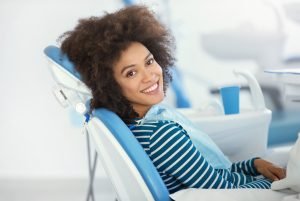 Who doesn’t love sugar? In the USA, it’s everywhere. Sugar is in the sodas we drink, in our favorite candy, and even in foods that you wouldn’t expect, like spaghetti sauce or bottled tea. The trade-off to our sugar-laden society is that most of us struggle with cavities. At some point in our lives, whether it is early in our lives or later, you probably experienced a cavity, and perhaps, its accompanying pain. Cavities are common and treated with dental fillings in Sunset.

Dr. Andres De Cardenas is a dentist with offices in the Sunset area, and he treats patients for many dental issues, including providing dental fillings. Here is some useful information on dental fillings and the types of fillings available to patients.

What are Dental Fillings in Sunset?

Dental fillings have a long history. Archaeologists have found drillings and fillings of one kind or another dating back thousands of years. However, until sugar was introduced into the broader human diet, cavities weren’t much of a problem. Once sugar became widespread, the teeth of the skeletons found began showing signs of massive decay. Skeletons found before that show minimal signs of decay, which meant that fillings weren’t really necessary.

It only about a hundred years to figure out how to treat  cavities.

First, they found out that regular cleanings and care were the only way to avoid cavities in the long run. Second, they realized that the decaying part of the tooth needed to be removed. Third, they figured out that the holes left by drilling away the decay needed to be filled up with something.

What Kinds of Dental Fillings in Sunset are there?

There are a few kinds of dental fillings, each with its benefits and drawbacks. Choosing the right type of filling for you is a process where you need to consider a few different things.

Keeping these things in mind, let’s take a look at the most common types of fillings.

Gold fillings are the oldest style of filling. Gold has been used in dental care for thousands of years and was the first material that dentists turned to when they invented the modern filling. In many ways, gold is perfect for dental work as it is easy to shape, extremely durable, and is one of the only metals that doesn’t react to bodily fluids.

A gold filling will last you 15-20 years and has no trouble withstanding the chewing force of your teeth. They also don’t discolor the tooth from the inside, like some other types of dental fillings. Their biggest drawback is that they are expensive, much more costly than the different types of fillings on the list, at least in the short term.

A gold filling can be a better investment long-term, though, as they last twice as long as the next-longest lasting on the list.

Amalgam fillings, or silver-colored fillings, are probably the most common type of dental fillings in Sunset.

These fillings are made from a mix of metals that are silver-colored, but non-reactive to bodily fluids. They are much cheaper than gold fillings, but only last about ten years to gold’s 20. They also have a few other drawbacks, such as discoloring the tooth to look greyish and occasionally having an adverse reaction when one filling strikes another.

There are also a few people who have allergies to amalgam fillings.

Composite, or tooth-colored fillings, are also very common. These dental fillings, which are also a common choice for patients in the Sunset, Kendall, and surrounding areas, are made from a mix of plastic and glass resin and are specially colored to look the same as your tooth. These are the most natural-looking fillings.

However, as they are not made from metal, they don’t last as long as the first two types, only lasting about seven years on average. They are also more expensive at the onset than Amalgam fillings and don’t last as long. They can be prone to breaking and shattering as well if a person is a tooth-grinder or bites down on something too hard.

If you are suffering from a cavity, there is no reason to be in pain any longer than you need to be. At Dr. De Cardenas’ office, our skilled team can help you choose the right types of dental fillings. We are located in Miami and provide dental filling care to many in the Sunset and surrounding areas. Don’t let your health suffer any longer, and contact us today!

Get In Touch With Us